Share a memory
Obituary & Services
Tribute Wall
Read more about the life story of Roxie Sullivan and share your memory.

Roxie Sullivan Pogue, 99, of Mount Juliet, Tennessee, died Tuesday, January 3, 2023, at The Gardens Memory Care at Providence Place in Mount Juliet. Mrs. Pogue was a native of Carrollton, Alabama, a resident of Mount Juliet for the past 14 years and a former resident of the Milo Community, outside of Hamburg for over 57 years. She was a faithful and devoted member of Egypt Missionary Baptist Church for 71 years, where she served as treasurer and was a Sunday School and Vacation Bible School teacher. Mrs. Pogue was a homemaker, known for making her fried pies for any church event and for the revival preachers that she hosted in her home.  She was instrumental in keeping the 4-H club active, a member of the Springhill EHC and volunteered for the Ashley County Fair. She loved to sing and was a member of the Ding-a-ling’s. Mrs. Pogue had a servant's heart and spent her life taking care of others until she lost her mobility three weeks ago.

She is survived by a son, Steve Pogue and wife, Rita, of Hamburg; three daughters, Shirley Hollis and husband, Bill, of Gonzales, Louisiana, Linda Donaldson of Hamburg, and Ginger Townzen of Lebanon, Tennessee; a daughter-in-law, Elizabeth Pogue of Hamburg; a sister, Grace Holland of Athens, Alabama; 9 grandchildren; 16 great-grandchildren; 10 great-great grandchildren and a host of nieces and nephews. 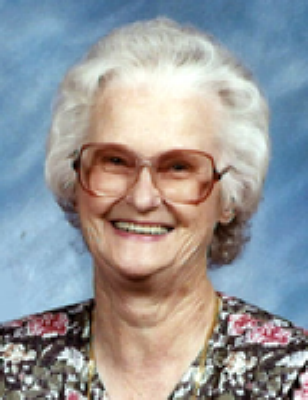