Share a memory
Obituary & Services
Tribute Wall
Read more about the life story of Kathryn Ferguson and share your memory.

Kathryn Ferguson Shell, 80, of Hamburg, was born on January 28, 1942, and passed peacefully on December 26, 2022, to be with her Lord and Savior, Jesus Christ. She lived a loving, faithful life full of joy and adventure with family and so many dear, dear friends. She was a lifelong resident of Hamburg. Kathryn married Jack Shell on June 9, 1961. They graduated from Hamburg High School in 1960, where she was a cheerleader, and Jack was a star running back for the Hamburg Lions. Together, they enjoyed good times and faced hard times with a deep love and mutual respect that knew no limit. She thought he was incredibly handsome, and he thought she was the prettiest girl in Ashley County. They also really liked each other, which proved to be a winning recipe for a 61-year marriage filled with children, grandchildren, and lots of friends and extended family. In addition to being a loving wife, mother, grandmother, daughter, sister, and the list goes on, Kathryn also helped support the family by working at Farmers’ Bank for several years. She served her church, First Baptist Church of Hamburg, for several years as a Youth Group Sponsor with Jack. She was a board member of the Hamburg High School Honors Scholarship Fund since its beginning. She also raised money for cancer research, and she enjoyed the Hamburg Garden Club. Kathryn served her Lord, church family, and community well. Kathryn provided her family and friends with a warm, beautiful home. She was never stingy with her good advice and didn’t just tell folks what they wanted to hear; she told them what they needed to hear, which made her a trusted advisor to everyone lucky enough to know her. Kathryn’s family knew how much she loved them. They will miss her so much. Knowing life will not be the same without her, they will forever keep her in their hearts, along with the wonderful memories and lessons she gave them. And then there were the many fun times and adventures she had with her lifelong girlfriends. She loved playing Rook at the monthly card party, where she won the high prize more than a few times. She enjoyed their shopping trips to Little Rock and the flea market in Canton, Texas, and their many visits to Branson, Missouri. Later in life, she traveled to England, France, Italy, Mexico, and Canada, in that order, with her friends. Boy, did they always have a big time together. 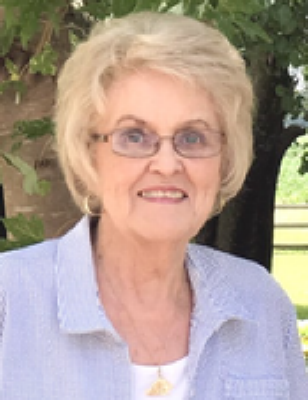